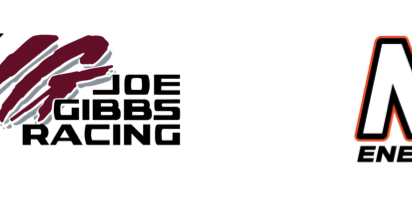 What are your expectations going into this week’s California XFINITY series race?
“We usually do well at Auto Club although last year the tires bit us and we didn’t have the finish we looked for from a strong run. Scott (Graves) was also in a good position here last year with Daniel (Suarez) but ran out of luck with fuel strategy in that last lap. We just have to be sure we don’t beat ourselves. Fontana is a great track for me but it’s also aging now so we’ll work through practice to see how that affects our normal set up for this racetrack. Samantha, Brexton (Busch) and I have stayed out during this ‘NASCAR Goes West’ swing. We enjoy spending a few days in Los Angeles but now it’s time to get to work. We’ll see what Saturday brings, but I expect another strong run for the NOS Energy Drink Camry.”

How do you prepare for the Fontana XFINITY Series race with Kyle Busch, a track where you are still searching for that win?
“I’m really looking forward to working with Kyle (Busch) at Fontana. He has been really good there in the past. Last year was a tough finish for all the Joe Gibbs Racing cars in California. Kyle dominated the race until the last lap when he lost a left-front tire. On our side with Daniel Suarez, we started from the pole and looked like we would get the win when Kyle had his problems, but then the No. 19 car ran out of gas on the backstretch. It was tough to leave there without a trophy for the company, knowing how good our cars were that day. Because of that, there is a lot of motivation across all the JGR XFINITY teams to go back to Auto Club Speedway and get the win.

To prepare we have to make sure we learn from what happened last year. Fontana usually has a lot of green flag runs and the surface is hard on tires. There will be a lot of lap time falloff and tire wear. We need to work on making the tires last and keep an eye on tire wear to make sure that isn’t an issue this year. Also, through the first two races this season we have seen the competition a lot closer. We know we’ve got to work on some different setup options to see what works best with the new aero package. The guys are motivate and are working hard to make sure we put our best effort forward at Fontana.”