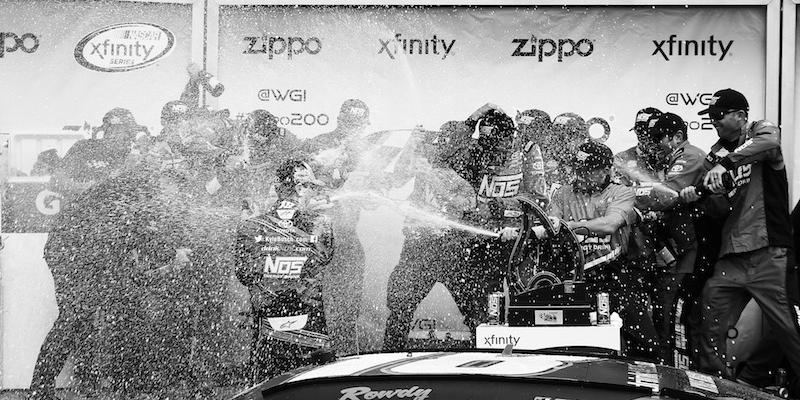 How will you and this18 team prepare for this week’s XFINITY Series race, a track where you still seek your first win?
“It’s true for one reason or the other, this race has eluded us. I like the Glen and road-course racing we’ve just run into issues here and there. JGR on the Cup side has seen some success at Watkins Glen, although those are Cup Series notes, some of what we learned there will apply over to our NOS Energy Drink car. We’ll make the most of practice on Friday. You always want to cross another win off the list, and this one has been hanging out there. Maybe we can finally do it this week. I know Eric (Phillips, crew chief) and these guys will be gunning for it.”

From the Pit Box:

What do you look forward to most on Saturday, competing with Kyle Busch at the New York road-course event?
“Watkins Glen presents some unique challenges from our normal oval race weekends and with the weather forecast for rain on and off both days this is going to present even more challenges for the team. At the Glen you have seven unique corners with varying speeds in all of them and the bus stop to deal with it’s always a compromise to get the car to be good in the higher speed corners and not give up too much in the lower speed corners. Brakes also play A big factor in your performance you will need to have a well-balanced braking system without having rear wheel hop and it’s always seems to get you in trouble getting into turn one we have worked hard to hopefully have a nice consistent brakes for the race. The team is excited about going back to Watkins Glenn this weekend to kick off three row course races in the next four weeks.”

Based in Corona, California, NOS is part of the Monster Energy Company, acquired from The Coca-Cola Company in 2015.  Launched in 2005, NOS Energy Drink fuels performance by providing high performance energy and enhanced mental focus you need to stay ahead of the pack.  Whether on the track, tuning a favorite car in the garage, or conquering your day, NOS delivers a kick.  Rooted in auto-culture, NOS is a proud partner of Kyle Busch, Brian Deegan and Chris Forsberg.  High Performance Energy. High Performance Athletes. For more information, visit www.drinknos.com or facebook.com/NOSEnergyDrink.