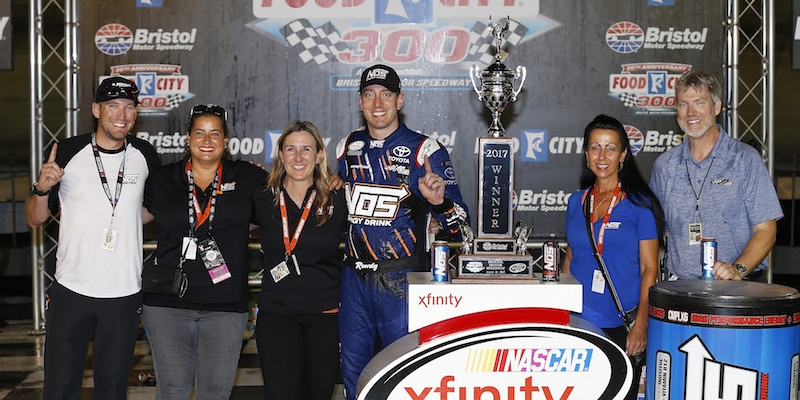 What are your expectations going into this week’s Bristol Motor Speedway XFINITY series race?
“Bristol is obviously a good track for me. I enjoy it and we’ve had good success there. Will be good to go there with Eric (Phillips, crew chief) and this 18 team. We have momentum coming off the Watkins Glen run but need to keep that going. This series is very competitive and we have to keep working at our game to keep at the front. We’ll see what Friday night brings, but I expect another strong run for the NOS Energy Drink Camry.”

How will you prepare for the Bristol XFINITY Series race with Kyle Busch, a historical track where you are still searching for a win?
“I’m really looking forward to working with Kyle (Busch) this week especially coming off the last two weeks and the Glen win. I learned a lot the last time I was here with Daniel (Suarez). We’ll get after it in practice and see what we can do. There are high expectations here as the boss man is pretty good at this track and we’d like to capitalize on it.”